You can invest in cryptocurrencies with staking, by locking your digital currency up and earning rewards with no chance of having the assets being sold.

Staking cryptocurrencies is an easy way to make money. It requires you to hold funds in a cryptocurrency wallet and support the network's security and operations. All you have to do is lock up your currency and wait for rewards!

When it comes to staking, your choice depends on what you want to do and where you are currently keeping your coins. For example, if you're using Trust Wallet, then you would simply stake your coins from the app. But if you were using a different type of wallet or an exchange like Binance Staking, then you would need to deposit your coins into that account before staking them.

Basic cryptocurrency staking is a process that rewards an individualian with the right to validate block transactions in exchange for a chance of generating an award. Blockchains can derive benefits from this type of validation by operating more efficiently, which may help to guarantee decentralization. Let's explore what proof-of-stake means, and how crypto staking works.

Proof-of-stake is an alternative to proof-of-work and relies on ownership in the form of a cryptocurrency amount to determine the utility.

Proof of work is a mining mechanism where miners receive bitcoins by solving mathematical puzzles. They record transactions into blocks, and compete to add their block to the Bitcoin blockchain.

Proof-of-work has proven to be an accepted standard of governance, and it can be beneficial in a decentralized system. The only problem is the high cost of computation. Miners are just solving pointless maths puzzles to keep the network secure - they need no other reason than that. But what if there were an alternative method for maintaining consensus? One that didn't involve so much needless computation?

Proof of stake is a coin-based consensus algorithm where participants can lock up coins, and at predetermined intervals, the protocol chooses one of them to validate the next block. Typically, the likelihood that any participant will be chosen for validation is proportional to how many coins they’ve locked up.

Instead of hashing, the selection process is determined by how many coins each participant has.

Some people might argue that the manner in which blocks are created through staking makes blockchains more scalable. This is one of the reasons why Ethereum transitioned from PoW to PoS in a set of technical upgrades collectively known as ETH 2.0.

Who invented proof of stake?

The first description of a proof-of-stake mechanism was offered by Sunny King and Scott Nadal in their 2012 paper. They describe it as ‘a peer-to-peer cryptocurrency design derived from Satoshi Nakamoto’s Bitcoin.’

The Peercoin network was launched utiliziing a hybrid PoW/PoS mechanism. PoW was mainly used to mint the initial coins, but it was not critically necessary for the long-term sustainability of the networrk. Most importantly, it served as an additional check on counterfeit coins introduced into the network.

Delegated proof of stake (DPoS) is a new consensus algorithm where a group of 51 delegates is responsible for generating blocks and securing the network. Instead of requiring users to generate coins on their own, DPoS society generates the necessary coins to be distributed proportionally amongst the users based on their voting power (ex: votes from 1 coin->3 coins).

The delegated proof-of-stake (DPOS) system was invented by Daniel Larimer in 2014. He first used it to power the BitShares ecosystem, but now other networks use it as well, including Steem and EOS. All three were created by Larimer.

DPoS allows users to vote on delegates by staking their coins. The more coins you have, the more voting power you'll have. This is used to elect a number of delegates who are in charge of maintaining the blockchain and staying on track with everyone else's votes. Stake rewards are distributed to these delegates, which they then distribute to their voters proportionally based on their individual contributions.

The DPoS model allows for consensus to be achieved with significantly less computing power. That makes it a great method for boosting network performance while ensuring the blockchain's decentralized nature is preserved. On the other hand, it may result in a lower degree of decentralization as the network relies on a small, select group of validating nodes.

DPoS is a form of self-governance that divides up responsibility between participants in the network.

This is how staking works:

Proof-of-work systems rely on mining to generate new blocks of data, but in proof-of-stake chains the process involves staking. Validation is done at random intervals and large companies have a higher chance of being chosen as the next block validator, with the amount locked up determining their odds.

As opposed to ASIC, Proof of Stake relies on a coin-holding rather than computation. If a validator fails to maintain security, the stake may be lost. This makes PoS more secure than PoW since there is no centralization of computing power necessary, allowing for much more decentralization.

In some proof-of-stake networks, content creators can earn money in a separate token outside of the staking currency. This second token is typically used for commerce and exchange between network members.

Staking is pretty simple. It just means keeping funds in a wallet that is suitable for stakes. You can then take the time to do various tasks within the network in exchange for stake rewards. It may also include adding funds to a staking pool, which we will get into shortly.

What are staking rewards?

We can't provide a short answer to this question. Each blockchain network may use different staking reward calculations.

There are different adjustable thresholds for what counts as a troubling blood pressure reading. One might depend on the block you're in, while another might take into account age and other factors.

how many coins the validator is staking

how long the validator has been staking

how many coins are up for stake right now

On other networks, staking rewards are set as a fixed percentage. These rewards are distributed to validators as compensation for inflation. Inflation encourages users to spend their coins instead of holding them, which may increase their usage as  cryptocurrency. But with this model, validators can calculate exactly what reward they can expect to receive each day based on their overall stake in the currency.

Offering predictable rewards rather than a probabilistic chance of receiving a block reward may look good to some in the short-term, but it might not encourage more new people to invest into staking. Plus, this information is public knowledge, which might make early investors feel even more pressured.

Have you ever wanted to get into cryptocurrency without doing the work of buying, storing and managing your own coins? A staking pool might be for you.

Staking pools increase the number of validations and rewards by combining the staking power of all the coin holders. They share the rewards that are proportional to how much they contribute to the pool.

Setting up and maintaining a staking pool is a time-consuming process that may require specialized knowledge. Staking pools are best suited for people who have a higher level of technical expertise, or those who want to invest heavily in the cryptocurrency. As such, many pool providers charge percentage fees from staking rewards.

Moreover, pools provide a level of flexibility not afforded by individual stakers. Typically, the stake has to be locked in place for a fixed period and usually has a withdrawal or unbinding time set by the protocol. What’s more, there’s almost certainly a substantial minimum balance required to stake and it prevents malicious behavior.

Staking pools offer an opportunity to get quick rewards with low minimums. If you're brand new to this, a staking pool could be a good option.

What Is Cold Staking?

Cold staking refers the process of staking on a wallet that isn't connected to the Internet. This is done with a hardware wallet or by ensuring your software wallet is air-gapped.

Some networks allow staking without exposing users' coins to the internet. Of course, this means they'll stop receiving rewards when they move their cryptocurrency out of cold storage.

Cold staking is specifically useful for large stakeholders who need to guarantee the maximum protection of their funds, without interfering with the network.

Why are most cryptocurrencies unable to stake?

One of the ways a blockchain network can use to achieve consensus is through staking. Staking comes in most useful when a network employs a proof-of-work system. With proof-of-work, validators earn power by confirming and verifying transactions made in the network. Those who successfully solve difficult computational puzzles gain additional power as they verify transactions in the network and are known as miners.

Proof-of-work networks like Bitcoin use an entirely different block generation process. The process consists of mining for blocks of data, which can take a lot more time than proof-of-stake networks. That said, Bitcoin is increasingly uncommon - most networks now use proof-of-stake due to its speedier nature.

This text will show you how to stake on Binance.

You can think of Holding your coins on Binance Earn as adding them to a staking pool. You will not have to pay any fees, and you'll be able to pick from over 100 different cryptocurrency options.

Here are our thoughts

Earn money from staking crypto by doing little to no work. The barriers to entry for the blockchain ecosystem are low thanks to intuitive software and intuitive interfaces.

Though staking isn't without risk, it's still a good way to tap into the power of passive income. Smart contracts used in staking can be prone to bugs, but it's important to always do your own research and use high-quality wallets, like Metamask, Flint or Nami. 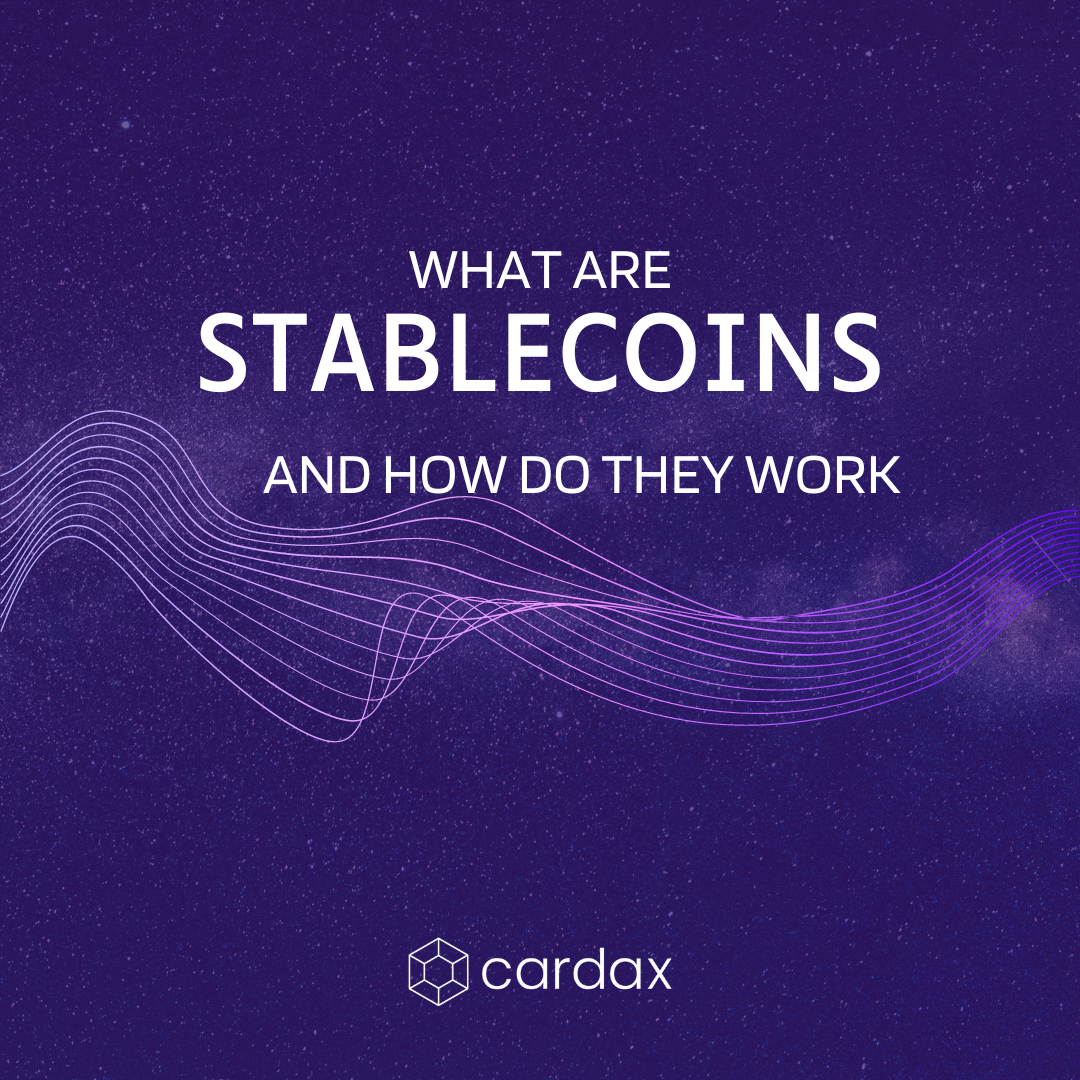